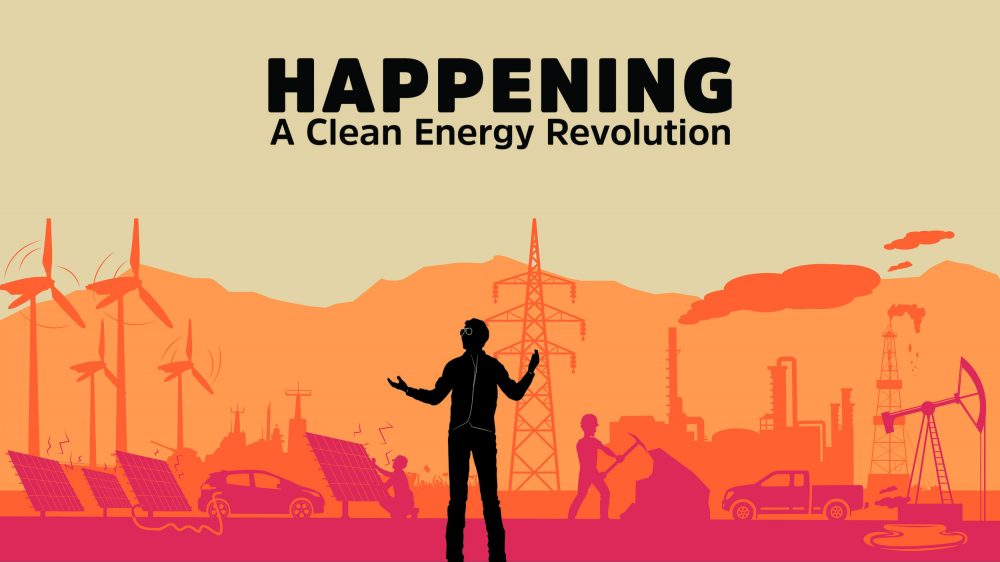 We recently re-watched the 2017 HBO documentary Happening: A Clean Energy Revolution and thought we would share it. Though it’s a few years old, it still has a lot of pertinent information about the solar industry, specifically how it relates to utility companies.

James Redford travels around the country exploring solar innovations and politics across various communities including the U.S. Navy’s goal to reach 50% renewable energy by 2020 (a goal they have already achieved!), Nevada’s fight to establish a solar producer bill of rights in opposition of the utility monopoly, a New York community’s low income solar energy housing project, and how the California ISO (Independent System Operator– the agency responsible for overseeing all of California’s utilities) is planning to integrate a 100% renewable future into the current brown energy utility operating system.

Redford leaves us with some interesting questions to ponder:

Redford concludes that solar has moved from being technological (about panels and innovation) to being psychological (changing minds and hearts). He says, “This is the dawn of the clean energy era. It’s just better, cheaper, inevitable. When is it going to happen, you might wonder. As American citizens, voters, consumers, that’s entirely up to us. We have what we need to do this in our own cities, our own communities, our own homes.”

The trailer to the documentary is available on youtube, while the full feature can be watched on HBO NOW.

“Sun Pacific has continued to contact me and check up on the performance of the panels as well as to be sure that I understand the electric company’s billing. I have already recommended them to friends.”

“Our son-in-law suggested Sun Pacific Solar, telling us he was very satisfied with their work, their business ethics, and the thoroughness of their planning and implementation. We found his recommendation absolutely on target! We are more than happy with every aspect of the job that Sun Pacific Solar has done for us.”

“The installers are professional, and their work is one of a craftsman. When I compare the appearance of our system with one from a competitor on our neighbor’s house, ours is a much cleaner install, with fewer panels to generate more power! You can do all the research you want, but this is the company you will choose if you want the best for your home!!”

“Sun Pacific installed 7 very efficient panels, while other quotes needed 10 to generate the same amount of electricity. Fewer panels, less maintenance for the future. All in all, very happy!”

“We were pleasantly surprised that the cost would be much lower than we expected, and in fact the system would pay for itself in a little over a decade.”

"You guys install the best solar systems that I inspect. Whenever my friends ask me who to hire, I recommend you."

"Sun Pacific and its employees have done a great job with a high degree of workmanship. You have been great to work with and have been honest and forthright. Thank you for doing a great job with great workmen. I am super impressed!"

“The team at Sun Pacific Solar Electric gave us amazing service. I just wish that every other professional or tradesperson in every other field was like these folk. Kind, courteous, fast, knowledgeable – attentive to detail to the max and smart smart smart. Highly recommend them!”

“Everything was done neatly and professionally and the system has been working perfectly for five years now. I would highly recommend Sun Pacific Solar.”